With a general election on 12 December, we want to make sure that the voices of people severely affected by mental illness are heard.

Over the coming weeks, we’ll be campaigning to make sure that the next government addresses the key issues faced by people living with mental illness and their carers.

Right now, we want to make sure that everyone who wants to vote can.

The deadline to register to vote is Monday 25 November. We’ve created a guide to support you through the process and help you register in time.

We know that people living with mental illness often face challenges when it comes to voting. Some may be in hospital, detained under the Mental Health Act or unable to leave the house on polling day. Our guide covers these situations to help you ensure your voice is heard in this election.

How to register to vote 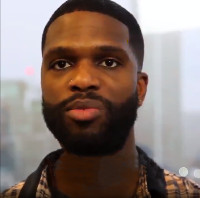 New statistics published by NHS Digital show how the Mental Heath Act is being used in practice.

The figures show an estimated 2% rise in detentions under the act compared to last year. They also show that black people are four times more likely to be detained than white people.

These numbers point to more people, particularly from BAME backgrounds, being treated for a mental illness without their consent – potentially being subject to forced medical treatment, coercion and a lack of choice about their care.

A white paper to modernise the Mental Health Act had been promised by the end of the year. Now that an election has been called we will campaign for all parties to include a commitment to in their manifestos to modernise the act. 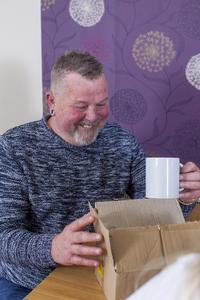 Help make a house a home this Christmas

This Christmas, your generosity could help someone living with severe mental illness to build a better quality of life.

By giving to our appeal today, your support could help fund starter packs for our new housing service tenants.

Lee, who received a starter pack when he moved in, says:

“Now I can cook the meals I want to have and eat off a plate. I can offer my support worker a cup of tea or coffee when she visits. And this December I’ll be able to spend some precious time with my son, which definitely wouldn’t have been possible if I was still living in a tent.”